AUSTIN, Texas—Feminist icon Gloria Steinem took to the stump on Hillary Clinton’s behalf here last night and quickly proved that she has lost none of her taste for provocation. From the stage, the 73-year-old seemed to denigrate the importance of John McCain’s time as a prisoner of war in Vietnam. In an interview with the Observer afterward, she suggested that Barack Obama benefits—and Clinton suffers—because Americans view racism more seriously than sexism. Steinem also told the crowd that one reason to back Clinton was because “she actually enjoys conflict.” And she claimed that if Clinton’s experience as First Lady were taken seriously in relation to her White House bid, people might “finally admit that, say, being a secretary is the best way to learn your boss’s job and take it over.” 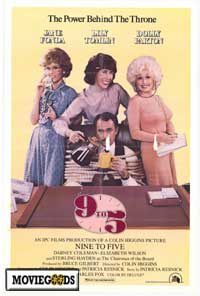 I don't even know what to say. This is just so wrong on so many levels. Racism is suddenly in competition with sexism? WTF? Hmmmm, it's the ultimate question of identity politics-- which is worse, misogyny or racism? Am I supposed to pick a candidate based on who has the better "victim qualifications"? I keep thinking that I should choose based on who I believe has the better foreign and domestic policies, the person who I think can do the best job... and here we are, back at Victimhood 101. Second... "Hillary 'enjoys conflict' "??? Yeah, let's wave the hormonal fluctuation flag and talk about the female being the more dangerous of the species-- whether or not any of that is a factor, wouldn't it make much more sense to pick a candidate who knows how to pick and choose the conflicts worth fighting? Thirdly... this election isn't an episode from "9 to 5". While it's always nice to see the poor harassed secretary tie the boss up, it doesn't mean she has the qualifications to "run the company"!! Then again, we have the fact that Gloria considers Clinton the little secretary. Yeah, the law degree, the political experience doesn't mean diddly. In the end, she's just a "secretary". Jesus. But no, Gloria keeps going. Right downhill.

Steinem raised McCain’s Vietnam imprisonment as she sought to highlight an alleged gender-based media bias against Clinton. “Suppose John McCain had been Joan McCain and Joan McCain had got captured, shot down and been a POW for eight years. [The media would ask], ‘What did you do wrong to get captured? What terrible things did you do while you were there as a captive for eight years?’” Steinem said, to laughter from the audience. McCain was, in fact, a prisoner of war for around five-and-a-half years, during which time he was tortured repeatedly. Referring to his time in captivity, Steinem said with bewilderment, “I mean, hello? This is supposed to be a qualification to be president? I don’t think so.” Steinem’s broader argument was that the media and the political world are too admiring of militarism in all its guises.

My jaw just dropped. Especially reading that the audience "laughed". I can't say that being a POW and a torture survivor qualifies McCain to be President, any more than I can say being a survivor of a publicly humiliating infidelity qualifies Clinton, although I know which I personally would rather be. The thing that speaks volumes to me about McCain's POW experience, however, is his refusal to be released before his men. That, whether loyalty or duty or whatever the reason, is the difference. It's what qualifies him to be a leader. It sure isn't something for a *remarkably* well-preserved 73 year old to feign "bewilderment" over. Wouldn't it be ironic if Gloria Steinem, one of the pioneers of the Feminist movement, helped personally to sink the campaign of the first woman to run for the highest elected office in this country? Gotta give Clinton a little credit for showing some class in distancing herself from Steinem's idiocy, though:

UPDATE: The Clinton campaign sends over the following statement from Howard Wolfson: "Senator Clinton has repeatedly praised Senator McCain's courage and service to our country. These comments certainly do not represent her thinking in any way. Senator Clinton intends to have a respectful debate with Senator McCain on the issues."